With his new album on the way, Slicko DiCaprio wants to be amongst the greats.

“I’m very excited with all the things I got in the works. This past year for me has been a lot about really trying to get myself out there after about 3 years of practice; trying to release, trying to be as consistent as I can, and show people what I’ve got to offer” says rapper – singer Slicko DiCaprio from a quiet corner of his apartment. In the background his roommates argue and shout, and between sentences the artist laughs at the absurdity of it all. When talking about his work, though, his voice drops with thoughtful confidence. As he says, the months ahead have been a long time coming.

London-based creative Slicko DiCaprio is at a crucial moment in his career. His first full-length album, “Mortal Bodies” is in its final pre-release stages, with a roll-out of impressive singles already in motion. For DiCaprio, following up on the raw emotion of his debut EP and the success of his latest songs is as much a blessing as it is a challenge. ““Mortal Bodies” – I’m really eager to get it out, i just want to make it ready” he begins, “The music on it is fantastic, it’s something I’ve worked on for quite a few months and I want the content – or [rather] quality – to represent me at the time. The process was…” DiCaprio pauses for a second, piecing together his process. “For me it’s been my second sort of EP – album – thing, the process was very different from my “22” EP. [With] “22” I set out to make a body of work. “Mortal Bodies”… I started out with making a few songs that went together really well, then I started making the songs to expand on it. My latest song “Capital Punishment” is the first song I made off that project. It’s now me putting together, consciously, the idea I’ve had throughout the project. The project itself is very experimental for me, I’ve tried out a lot of new styles. I guess throughout making it a lot of it was about having fun, and trying to express myself in different ways, which I guess could come out with how the album is quite versatile, with quite a few different songs that fit under the same theme” the artist explains. Looking at DiCaprio’s young but varied discography, the experimental nature of any upcoming album seems assured. 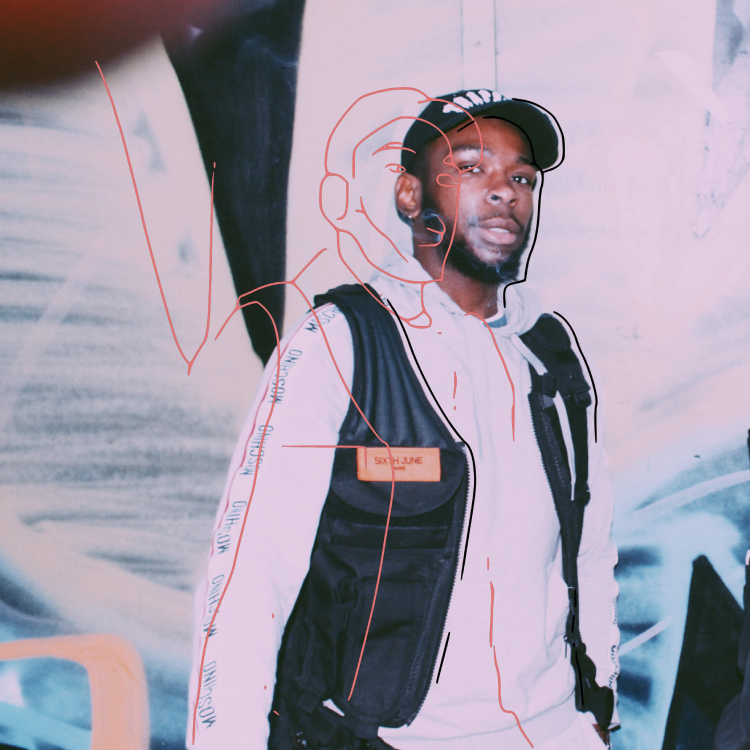 Though DiCaprio specialises in smoky, glamourous and personal RnB, his output of late has emphasised his range. A pensive and jaded perspective cuts through the atmospheric mist of “Consider it Done” and “Arizona Ice Tea”, both collaborations with friend blkglam. “See.. glam is a great artist. He’s only been rapping about a year now. He only cared to be on features but I kept pushing him and his love for it grew” says DiCaprio with pride and excitement, “We’re now looking to form our own label of sorts. We’re definitely trying to grow together, we might even have a joint project on the way; Not to blow my own trumpet but they’re all really really good songs. But of course, Slicko DiCaprio is his own artist, blkglam is his own artist”. Naturally, DiCaprio has pursued other collaborations, including an energetic guest spot on Hype-O’s “1hundred (100)”; “Last year around summertime an artist I used to work with from Doncaster invited me to a video shoot and introduced me to Hype-O… he was like “yo – bro I want to do a song with you”. [We] did a few different choruses seeing what he liked the most, then put it together. The quality came out really nice, but we just sent the song back and forth to one another… hopefully in future we can just get some proper studio sessions down”. The artist is stopped by some more shouting in the background, but it’s clear that he wants to become more than he is, that each collaboration is a learning experience, and all part of the build towards the album ahead.

The variety and adaptation Slicko Dicaprio’s music shows is no doubt a result of years of changing influences; “Originally [I was] born in Zimbabwe, moved here when I was two, to London. I grew up in East Ham until I was eight, [then] grew up for the majority of my life in Doncaster until last year… Doncaster has shaped me to the person I am today. Musically as well, I found my love for music after I graduated high school in Doncaster – Doncaster will always be my heart”. When it comes to musical influences, however, DiCaprio looks up to the top of the industry; “For me, the artists I look up to the most [are] Frank Ocean, Kendrick Lamar, J Cole – Drake is one of the greatest of our generation. Childish Gambino! How could I forget. Growing up that was my core artists, the albums I had in my Blackberry, just because the way they do their art is at a [certain] level. They put their blood, sweat and tears into what they do, and to a level where the world recognises they do that”. He later namedrops “[Lil] Uzi, J Hus, Choker” as further inspirations. Though his favourites are decidedly mainstream, it seems that what truly inspires Slicko about these artists is their malleability, work ethic, and creativity, not just numbers on a screen. As we talk, he highlights Kendrick Lamar’s “flows and metaphors”, Drake’s “cadence”, and Frank Ocean’s “lyricism in terms of the human condition”. He talks with studious authority; “Childish Gambino – one of the biggest role models of my life… I was like yo – if i ever grow up I want to be this capable, I want there to be so many skills that people have no choice but to acknowledge it”.

DiCaprio’s ideas on creativity go well past consumption alone. He wants to do a great deal, to push higher and higher into the stratospheres of creation and recognition. “I want to write a few scripts, maybe one day have my own show! I love art, need to find time to start drawing again – the more creative things I can do, I feel like the happier I’ll be”. To DiCaprio this mentality is at odds with the current wave crashing into the tide of the UK’s music landscape. He explains cautiously; “For a long while now I noticed the UK music scene, where there’s a lot of followers but not a lot of innovators. It seems like whenever something gets hot – yeah it gets hot, but then everyone does the same thing. Doing the same thing without making it unique, you know, ruins the original thing, and leaves no room to grow. As musicians we are limiting ourselves to following. In America anyone who does anything brand new goes to the top. But 90% of drill artists sound the same”. It’s a bold statement, and not one I fully agree with – there’s no shortage of unique music that never makes it to the charts – but the tone I hear from DiCaprio isn’t derisive. He’s frustrated, giving context to why he chases new ideas so fervently; “It extends [to] the mentality to the consumer base. Mandem are dressing the same because of their favourite drill rapper. We’re afraid to be unique, there’s a loss of uniqueness and mentality amongst the youth”.
And so I ask him, “How do you go about changing that?”.

Surprisingly, DiCaprio is quick to answer. It’s as if he’s had this next monologue ready to go since our conversation started. “That’s one of our mission statements, we want to come forward with different ideas. Once we get to a bigger platform we wanna be like look – it’s okay to be an individual, it’s okay to be unique. Me and glam – we want to stop people feeling like they have to subjugate their true selves. There’s a fear of being left out, of missing out, we want to change that. We don’t really try to sound like other UK artists – it would feed back into the same genres – we want to branch out and do different stuff”. This sentiment echoes when DiCaprio talks of his life as a student; “When I first came I had this feeling where I felt in place – being around so many creatives… They inspire me to keep improving and keep doing what I do, keep going closer to the beyond”. Hopefully, it’s becoming clear why “Mortal Bodies” carries so much weight – all of this ambition is going into one record. It will be Slicko DiCaprio’s audition on the world’s stage.

With piqued curiosity I make a final push for more on the album. DiCaprio is audibly protective; “What can I say without giving too much away? The title is “Mortal Bodies”; To me it means it’s part of the human condition. As you grow up and experience life, you experience love, loss, death, illness, happiness… That idea came to me, that I wanted to run with as I came to the end of my teenage years. I just wanted to express that in album form {and} that led to the songs being different, some songs are quite trappy, some songs are very RnB but the way I’m arranging it, it all just flows. At this time that’s important to me. The experience of human life. Just feel like… this year’s been a really great year for music in general, and I couldn’t have chosen a better year to drop “Mortal Bodies”.

The title track from “Mortal Bodies” is out on the 17th of April – pre-save here.