A conversation with upcoming artist Bronclair, who has been making waves underground for about a year now, and has shown some of the most impressive artistic growth to come out of the digicore & pluggnb communities. 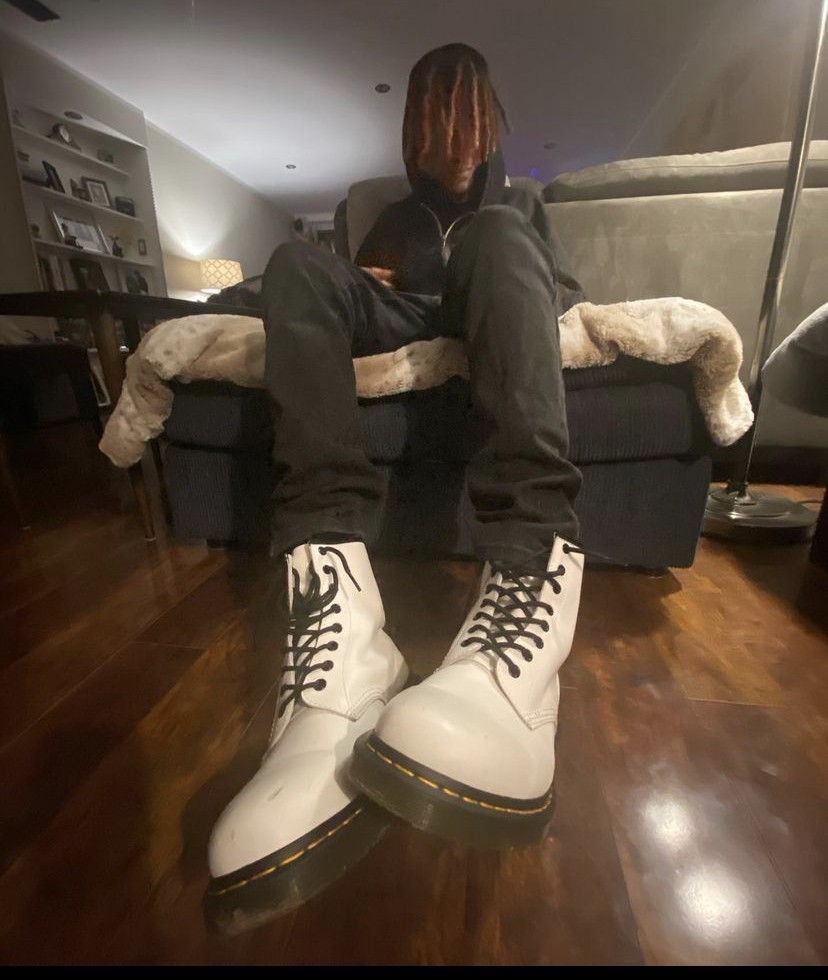 The very talented & enigmatic artist known as Bronclair, a relative newcomer to music, yet a veteran of the scene (having began in 2020, as multiple underground scenes exploded), has spoken with Steve of 108MICS to discuss his career thus far and how integrating into the music industry has impacted his life, life before music, and the prospects his future holds. Hailing from Ontario, Bronclair has made a huge splash in the underground digicore and pluggnb scenes, developing relationships with many influential and talented artists and honing his craft with his peers and through individual work as much as possible. Steve had personally reviewed one of his earlier songs with a former collaborator, and after following his music for quite a period of time afterwards, and believes that true familiarity with his discography is the best way to understand the methodology behind his music. From splashes of digicore, alternative, traces of hyperpop, and drawing back to the aforementioned abundance of pluggnb influence, Bronclair is showing himself to be a jack of all trades and continues to prove it with regular drops and exciting new content.

To begin, where are you from?
“I’m from Hamilton, Ontario. It’s juuuuust outside the GTA, so like, Toronto. Canada shit.”

“My childhood was good, I think. It was kind of a blur, but one thing I remember is that I always wanted to make music. I remember I would tell my friends in kindergarten that when I sell out concerts I’d let them backstage.”

How old were you when you first found your calling in music?

“I’ve always tried to do music stuff but I actually started in January of 2020, and I was 16 then. I used to own a bass guitar, but I never got lessons or anything so I never ended up playing it. When I was younger, I would try to write raps and ‘produce’ on GarageBand on my iPad, but it was not good at all.”

What do you believe helped shape your artistry and musicianship growing up? To follow, when you started making music, how did you find your sound?

“When I actually started making music, I still used GarageBand on my phone with Apple earbuds. I mean, at first the music was really bad, but I think I made a couple good songs off my phone. All my friends and stuff inspired the f*ck out of me and I wanted– still want to– get on their level. I guess I just found my sound naturally sometime after getting FL Studio.”

How would you best describe the music you make? Do you still feel like you’re finding your footing?

“The stuff I’m making right now is like, pluggnb, for sure. My other songs like “Forget It” are digicore? I guess? I’ve never actually made a hyperpop song before. I don’t really think of myself as a digicore artist because I feel like that label restrains me. I love Eric’s definition of “just a bunch of kids online making music together on Discord” because that’s basically what I do. I’m definitely still finding my footing though, like the next shit I’ma drop will sound way better than my last, and the stuff I drop in a year from now will blow your mind. Mine too, probably.”

Who would you say your main influences are?

“I have a lot of influences, but outside of my friends, I say my biggest main influences are Tyler the Creator, Stevie Wonder, Pharrell, and Carti. Carti influences basically everyone at this point though.”

How have your peers influenced your sound?

“My peers have influenced my music a ton! I always hear my friends’ new songs and get excited like, “Shit, how did they do that?” Then I hop on FL Studio to try to figure it out. It gives me motivation, I guess. Shoutout Raegun; that’s my sister.”

Who are your most frequent collaborators?

“My most frequent collaborators are probably the producers I work with. Shoutout Pichu, threedimensionsapart, 400th, Taylor Morgan, 3d$ucks, S1ninja, 111nightshift and Feardorian, for real. I also collab with the person who has been editing my last couple snippets for me. They’re amazing at what they do, on God, if you’re reading this go check them out right now.” (@pxxint on Instagram)

Who would you like to work with most in the near future?

“At some point in the future, I’d want to collab with like, Slump6s, BabySantana, and Ka$hdami. Their music is crazy as hell and I want to be on that level, especially since they are all so young. It’s honestly really cool how talented they are at a young age.

How do you think your music has evolved as your discography has grown?

“My music has evolved throughout my whole career; like, I listen to my old songs and sure, they’re not horrible but I’m definitely way more confident now in my delivery and in general. When I first started out, I’d be scared as hell to ask my friends to listen to my unreleased song I wanted to drop, but now I’d just send it in a couple group chats and ask for opinions, and people love it, so.”

As the frequency of your output increases and number of collaborators/peers grow, are there any plans for a full-length project or EP in the near future?

“I don’t really have any plans for an EP or an album or anything like that. I think I’m gonna wait until I have more hype under my name before I try to release a whole project. Plus, I’m still honing my skills here. I want it to be absolutely perfect– no misses– so I gotta record a ton of bad songs before I can get to the really good ones, if that makes sense.”

With 2021 coming to an end, how much do you think you’ve grown as an artist since the beginning of this year and what plans do you have for 2022?

“2021 has been such a weird year. Like, for the most part, it’s been really good to me, and I’ve learned a lot. I’ve grown a lot as a person and that directly reflects the art I make. I definitely have a more solid grasp on what I want to focus on with music from now on, whereas before I was just kinda making stuff. Now I have to think about things outside of music, like my online appearance and stuff like that. Whatever 2022 has in store for me, I just know it’s gonna be good. 2022 is my year, for real.”

Bronclair appears to have a bright outlook on his future, and for great reason. I greatly look forward to his coming output, and I highly suggest checking out his newest music videos and music in general. It’s rare in a scene so saturated to find an artist that stands on their own two feet in such a unique way, but he fits the role, and I’m excited to see his personal and musical growth over the next year.

Check out more articles on 108MICS from our very talented roster of writers and creators!